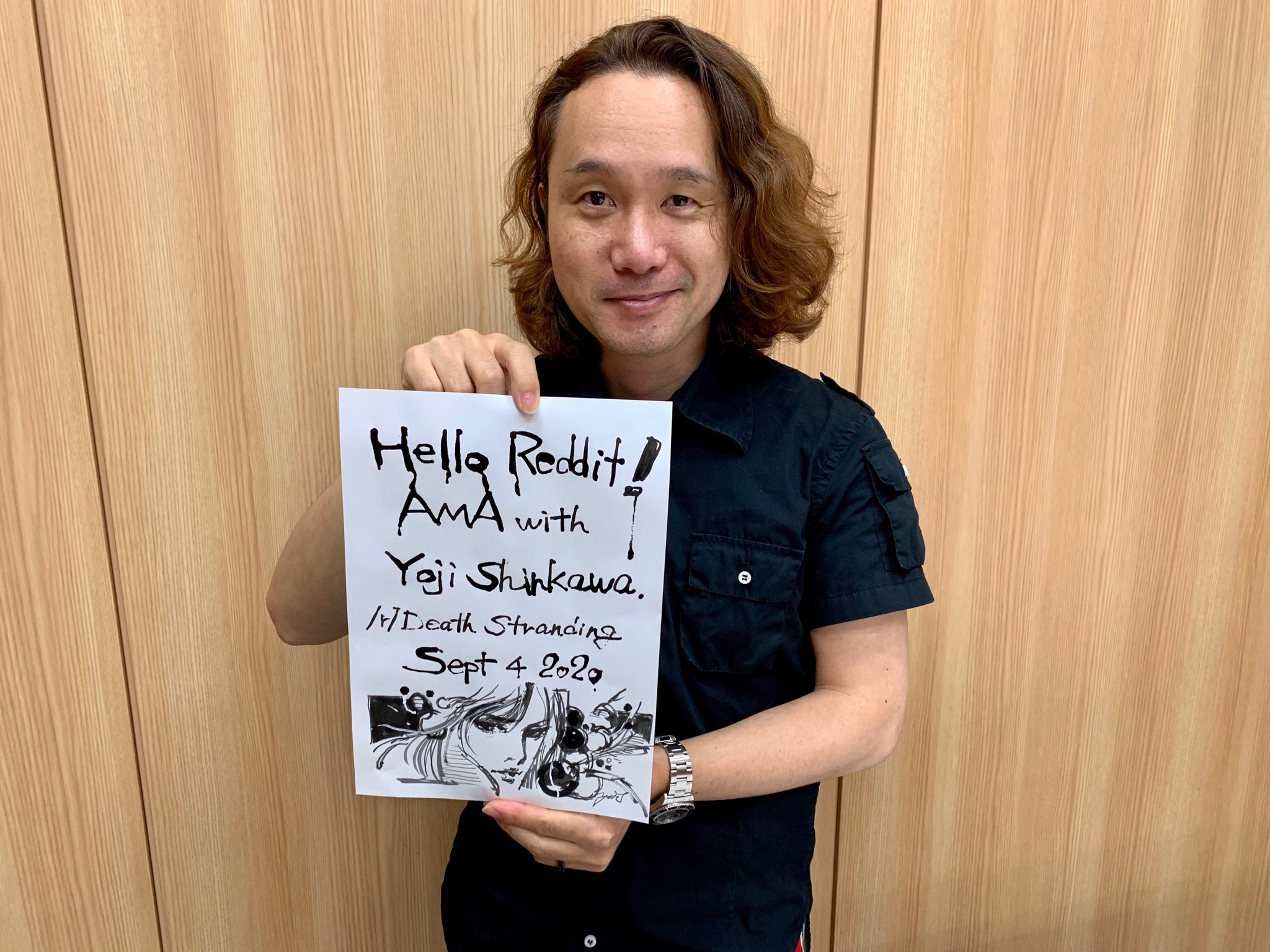 For our final DEATH STRANDING Reddit AMA, we welcomed an incredibly special guest to our session — Yoji Shinkawa, Art Director at KOJIMA PRODUCTIONS. Yoji needs no introduction and as expected, we were in inundated with questions from the community.

Take a look at a selection of the best questions below and check out the full Q&A session over on Reddit. You’re in for a treat!

USER: Mokujo
Q: Were the actors decided first, then the characters designed with them in mind? Or were they cast based on your drawings? What were you influences for your art style? It’s a beautiful blend of realism and old seinen manga.

A: It was decided from the beginning that Norman was going to play Sam. I think most of the other characters weren’t set in stone. Sometimes I’ll draw an image of a character before things are determined for them in terms of plot, but it’s not guaranteed that this image will serve as the base for that character. In this case, I decided on the costumes and accessories while considering each actor’s image.

USER: gab_sn
Q: Is there any character in DEATH STRANDING whose design you would’ve liked to do differently but it wouldn’t have fit the world? Related: which character design that ended up in the final game is the closest to the initial idea you had in mind of that character?

A: The first BT I designed was more like an imaginary monster and looked quite fantastic. It was hard to explore the design concept further to make it look realistic. In terms of Cliff, once we decided on Mads Mikkelsen as the actor, we knew we couldn’t have cast him any better. The photos we took of him in his combat gear were exactly what we had in mind.

USER: Gilbert2033
Q: My question is, what did you use for creating the faces for the characters. I saw a bunch of cameras making pictures. Is there a name for this? Thank you!

A: We assembled a photo scanning set in the studio and shot the actors. I think the character artists did a great job. However, with Amelie, we needed to create a younger version of Ms. Lindsay, so the artist hand-modelled Amelie based on current scans of Ms. Lindsay.

USER: MinorDespera
Q: How much creative freedom were you given when coming up with new designs, and how much of it was Hideo Kojima’s input? For example, Higgs’ pharaoh influence or Deadman’s forehead scar, was it something requested specifically by Hideo-san or was it your idea which was later given background lore?

A: Basically, I create the design based on Mr. Kojima’s plot and scenario. But there are also times where we decide points of the game setting/world based on feedback from the concept art. As for your specific question regarding Higgs and Deadman, those were ideas directly from Mr. Kojima.

USER: AXtj
Q: Hi Shinkawa-san. Your art style is iconic. It is always a pleasure to see your work. I’d love to ask, if you could design any other characters from any other videogame franchise in your own art style. Who would it be? 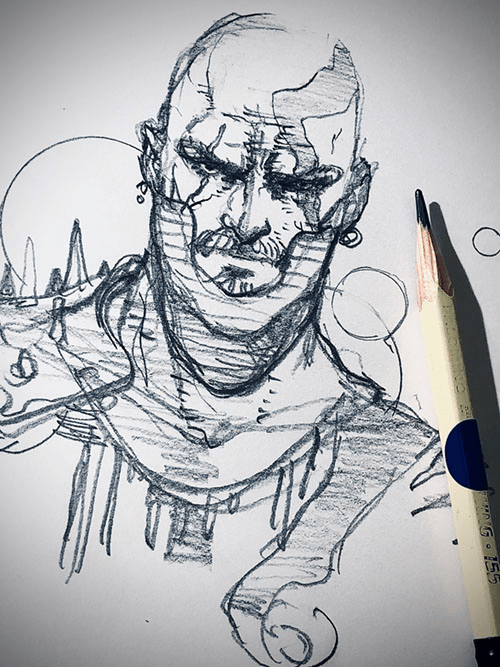 ASK ME ANYTHING
Head on over to the fan-run DEATH STRANDING subreddit to check out the entire AMA session.

For now, this wraps up our AMAs with the team. As your Community Manager, I personally want to say a huge thank you to everyone that contributed in one way or another. We wouldn’t have been able to run these AMA sessions without our community, our Moderators or the team at KOJIMA PRODUCTIONS and 505 Games. DEATH STRANDING is all about establishing connections and bridging gaps, something we hope we’ve achieved over the last few weeks.

Thank you so much for being such a supportive community, it means everything to us.

Take care and keep on keeping on!